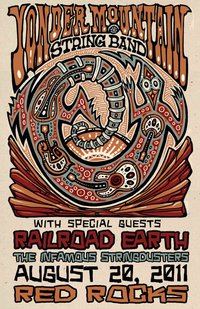 Very good sound, so def. worth a listen.

I guess they (RRE) announced they are playing New Years (3 nights I think) at The Ogden Theater in Denver this year!

Thanks for getting this one up so quickly--God Bless the Tapers!